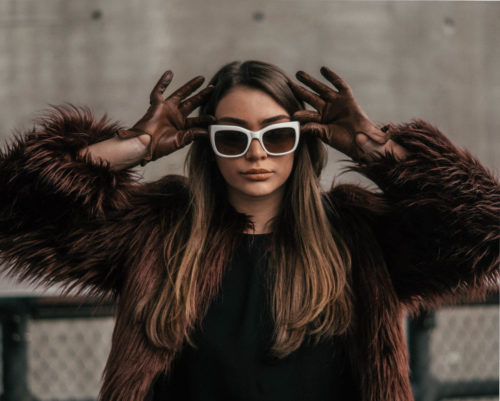 Congrats to Jaclyn for winning the 2017 LA Reel Camp Scholarship!

Jaclyn Manfredi’s music path is a rich blend of her soulful influences, old and new. Influenced by classic soul, r&b, Amy Winehouse, and Alicia Keys, Jaclyn’s voice has a natural tone that is perfect for the music she writes, and her new songs demonstrate that more than ever.

Jaclyn’s early music journey had been highlighted by memorable moments; performing at the acclaimed Apollo Theatre and Carnegie Hall in New York City at 17; making it through The Voice auditions to the second round; and winning the IMTA national singing talent competition in 2017. Clearly her talent hadn’t gone unnoticed, but she was eager to find her own voice through her own music.

Jaclyn began working with Alex Houton of AHM Media, and in 2017 released three singles, including the melodic song “Poet”, which is still an audience favorite when she performs. In 2019, Jaclyn would release a five song EP self-titled “Psychic”, a retro influenced group of singles, with titles like “GPS” and “Stick Around”, that harnessed the sounds of the 60’s and 70’s but with beats and samples. This release helped her land a spot on a SONY/ATV backed Motown tribute covers project on Falcon Music, where she recorded the Isley Bros. classic, “It’s Your Thing”.

But it’s Jaclyn’s new songs that she is most excited about. “The new songs have the sounds that connect me to my roots. It’s gotta have some soul.” she says.

Jaclyn Manfredi’s new single, “Lost Me”, is set for release on April 3rd, with the Pre-save on March 20th.